Nakhodka Marine Trade Port is one of the largest ports in the Russian Far East. With over 300 thousand square meters of warehouses, the port handles 10 million tonnes of cargo per year and unloads up to 517 rail cars per day.

Nakhodka Marine Trade Port strives to be the leading port in the Russian Far East by the use of the best available technologies to minimize our environmental footprint. Currently Nakhodka MTP is working on a comprehensive program to deploy the most environmentally safe cargo transfer technologies.

Occupational safety of cargo transfer operations together with zero work-related injuries are the top priorities of Nakhodka Marine Trade Port.

The port is a reliable partner of regional and local authorities, and a major regional taxpayer and employer. Nakhodka Marine Trade Port supports the development of Nakhodka Astafiev community where most of our employees reside with their families. 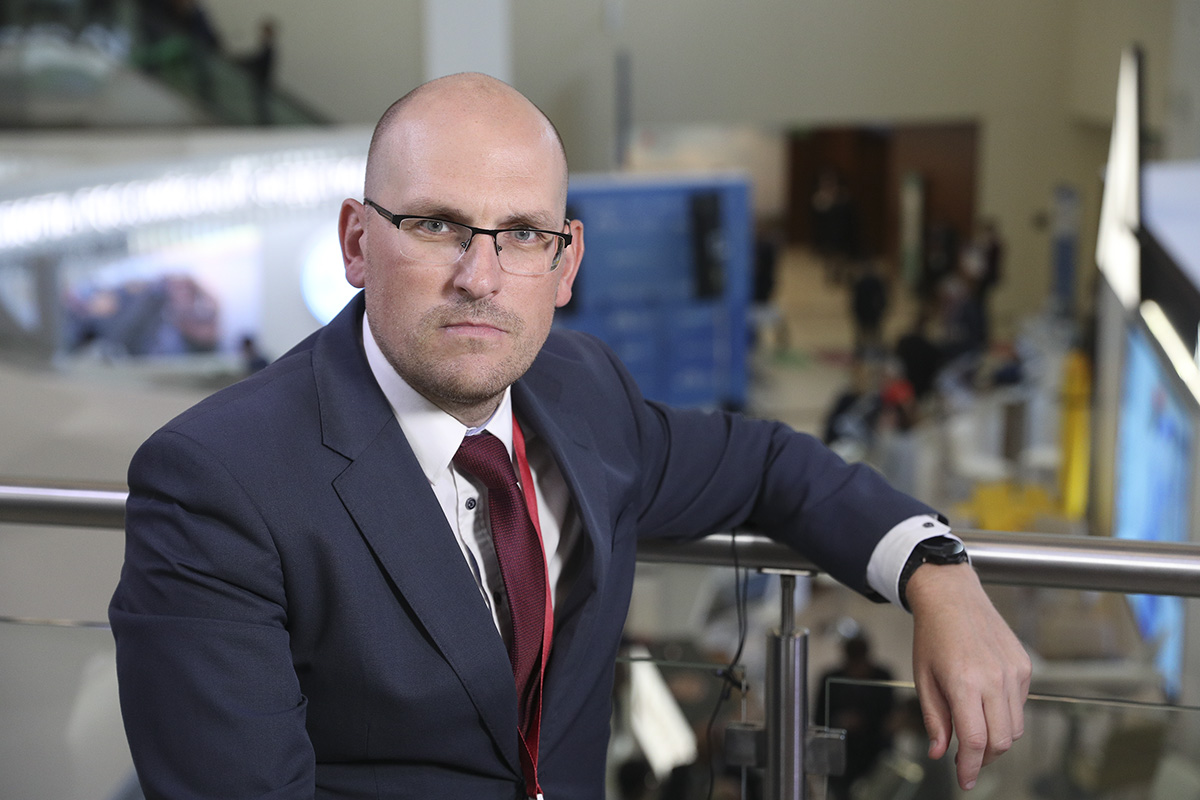 Vladimir Grigoriev was appointed the CEO of Nakhodka Marine Trade Port in 2017. Vladimir oversees the development of port strategy and improvement of its operational efficiency.

Between 2008 and 2017, Vladimir worked in various management roles in RFP Group. He built and launched a peeled veneer plant and a lumber plant. Vladimir was instrumental in hiring strong teams and establishing efficient manufacturing, commercial and logistic operations of these facilities.

Between 2003 and 2007, Vladimir worked in several EVRAZ companies. He oversaw the delivery of several major investment projects in steelmaking.

Vladimir Grigoriev has a degree in management (2002) from the Economic Faculty of Lomonosov Moscow State University and PhD in Economics (2005).